Why having 5 kids can actually be cheaper than you think... 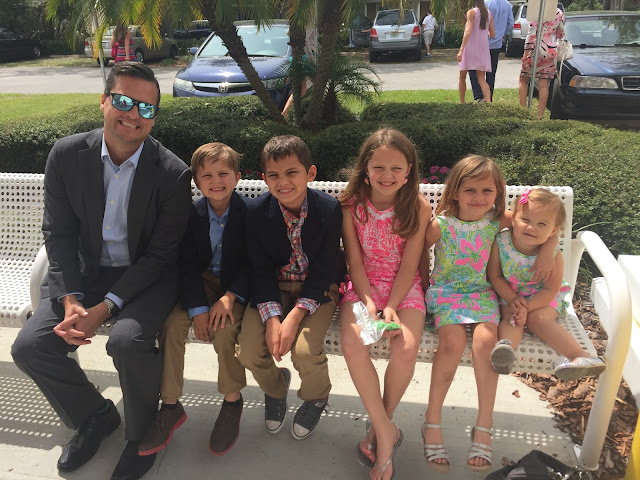 Spring break for my kids' school is next week, and we are looking forward to a nice relaxing "staycation" at home.

I actually wanted to take them somewhere fun, but a lot of the options were just too expensive.  It costs so much money to fly a family of seven anywhere.  We can no longer stay in one hotel room at most hotels, and admissions to most places can get obscene when you have to pay for 7 individuals.

As this week was coming to a close, I started to feel around for who was going to be in town next week for playdates.  I discovered, unfortunately that many of our friends are going skiing, or to the beach, or on some lovely sounding tourist destination.  We are not.

That is when it hit me.   I actually save a lot of money because I have too many kids.  I just can't afford a lot of things.

Thank God, for instance that I don't have only two kids.   Honestly, the four of us (Husband and I included) would be jet setting out of town every southwest-airlines saver email I get.  This would cost us thousands of dollars a year, I'm sure. Thank God, I don't only have two kids.

Even if I had only three kids, we could still squeeze comfortably in ONE hotel room with a simple rollaway.  I would be testing every hotel breakfast bar, and swimming pool in Orlando if we only had three kids!  That wouldn't be free you know?!? Thank God, I don't only have three kids.

Honestly even if I only had four kids, I would probably skip out on making dinner multiple times a week to eat out. You know a lot of these "Kids Eat Free" deals involve two kids free - per adult meal purchased.  Perfectly designed for a large family of six.  I could see myself doing that often.  Thank God we have have more than four kids.

BUT FIVE KIDS?!?!?!  FIVE KIDS??  WE BARELY EVER GO OUT OF THE HOUSE with five kids - it is just too expensive.

SO I laugh at all you people who believe that you CAN'T AFFORD to have more kids!

I can't afford to have LESS!!!

Surely, their tuition bills add up, and they do participate in a lot of activities that aren't cheap.  But compared to my potential for spending on travel,  sleeping in hotels, and eating out at restaurants, believe me we are saving money!

At least that is how I am going to choose to see it.  Wink, Wink.

Disclosure*  This is a Joke, and only intended to make myself feel better.  Not meant to offend anyone with less kids.

Posted by Disciple Chic at 4:42 AM

Email ThisBlogThis!Share to TwitterShare to FacebookShare to Pinterest
Labels: big blessings, big families, not so expensive