Shepherd Me Oh God beyond my wants for 42 inch Cabinets... 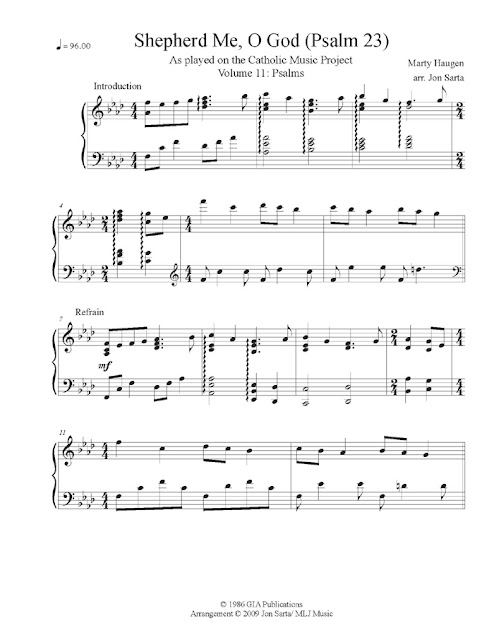 I have had this song stuck in my head for a few weeks now.    You know the Marty Haugen Song from the Gathering hymnal?  The one that is sometimes played or sung at a pace so slow a turtle could beat it?  Well, it is sort of like artichokes.  I used to hate that song when I was a kid, but now I love it!!!

In case your mind still hasn't triggered what I am talking about, here are the lyrics to the refrain of the song.

Beyond my wants
Beyond my fears

From death into life.

The lyrics are taken straight from Psalm 23 and it is a pretty solid lenten Psalm.  I can pretty much imagine King David writing this song on his balcony while strumming his lyre back in the year 980 BC or whenever that was, praying that God would release him from whatever craving he was having at that moment that was not Godly.  Maybe it was Cheetos or some other form of Gluttony, or maybe it was a prayer to release him from something much stronger, like Bathsheba.  Who knows?  But whatever King David was thinking when he wrote those lyrics, he clearly was suffering from some sort of addiction and he was begging for a way out.   Addictions have been around for a long time people.   God can help.

Maybe you don't feel like you are addicted to anything in particular, and if that is true than HOORAY for you.  (I'm being serious, not trying to sound sarcastic.)  But we ALL are guilty of placing things before God in our lives.


So here is the thing.  One of my Lenten sacrifices last year was to give up buying myself anything new.  No new clothes, no new furniture, no new anything.  Needs only.  Simple needs only.   No special Starbucks splurges, and no unnecessary new items.  Not even on Poshmark.

Here is a really hard one...
Shepherd me, O God beyond my wants to be right all the time.
Oooooh, that one is really hard to pray.

The verses in the song go on quite positively preaching how God will shepherd us away from our own desires and give us his desires; faithfulness, love, peace, righteousness, and truth among some of the best.  Then in the 4th verse the Psalmist, (Maybe King David, but also maybe Marty Haugen who put the song to the contemporary music for us to play at Mass.) reminds us of one of the best promises ever given.

You have set me a banquet of love in the face of hatred,
crowning me with love beyond my power to hold.


I just love this.  THIS.  You all!  Did you hear that???   We give up what we want, and we receive something MUCH better. A banquet of Love from our Lord AND a crown of Love beyond our own power to hold.   (Does it come with a neck brace at least?)

My prayer in writing this post is that the next time you hear this classic Glory and Praise psalm sung during lent, instead of groaning because you realize that this song alone adds at least another 7 minutes to the mass time, I hope you will say a prayer and think about what you need God to shepherd you away from. Then start dreaming about your banquet of love!!!